Here’s how you can identify the aches and pains of pregnancy.

Pregnancy brings with it new sensations, and with them come new concerns. Is this pain dangerous or completely normal? All the signals the baby gives about itself aren’t gentle kicks, instead some of them are changes occurring in the mother’s body and symptoms resulting from them. Leena Rahkonen, HUS’ specialist in gynaecology, obstetrics and perinatology, tells us which aches and pains are normal and when to seek a doctor.

The uterus grows and causes new sensations in the lower abdomen. The need to urinate also increases. Due to the expanding uterus, you may feel various small and passing pains, which are completely normal. You should avoid self-medicating during pregnancy. Paracetamol is a safe painkiller as long as you follow the dosage instructions. “If the pain isn’t continuous or worsening and it comes and goes, it’s quite natural. It’s related to the growth of the uterus”, Leena Rahkonen explains.

If the pain persists or gets worse and won’t go away, call the hospital’s gynecological emergency care number.

Two thirds of pregnant women experience back pains and one fifth experience pain in the pelvic area. The pains often increase as the pregnancy progresses and may affect daily chores, sleep and your ability to work. Safe exercise can reduce the pain. During early pregnancy, general abdominal pains may sometimes be felt as lower back pain.

There are different kinds of back pain: joint pain and muscle pain. Muscle pains often increase towards the end of the pregnancy and often result from the heavy belly. The muscles in the back and pelvic area in particular are strained as they maintain the position of the hip and back.

Joint pain is caused by hormonal changes. The changes loosen the ligaments, which can cause pains in the hip, the lower joints of the spine and the pubic symphysis. Exercise can make the pain worse.

For more information about back pain and safe exercise, visit the Selkäkanava website  (in Finnish) and the Terveyskylän Naistalo website (in Finnish).

You should see a doctor if the lower abdominal or lower back pains are severe, intensifying, won’t go away or are accompanied by bloody discharge.

The uterus expands during the early stages of mid-pregnancy, which may cause sharp pains in the abdominal area. The sharp pains are due to the fact that the uterus is attached to the pelvic walls through connective tissue and as the uterus expands, the connective tissue stretches. These kinds of sharp mid-pregnancy pains aren’t related to the functioning of the fetus or placenta.

“If the sharp pains are temporary and come every now and then, you don’t have to be concerned”, Leena Rahkonen advises.

If the pain is persistent, and immediately if it is accompanied by vaginal bleeding.

Muscle pains increase towards the end of the pregnancy. Muscles can become sore as the belly grows and carrying it becomes harder. Generally, light exercise helps with muscle pain. You should monitor the pain yourself.

Read more about pelvic area pain from the Terveyskylän Naistalo website (in Finnish).

Muscle pains can also manifest as back pain. Read more from the Selkäkanava website (in Finnish).

If the pain feels similar to menstrual pain and is spreading to the groin.

Swelling during pregnancy is usually normal, especially in the lower limbs. However, there are some situations where you should see a doctor because of swelling. You may experience swelling right from the beginning of pregnancy. The longer the pregnancy progresses, the more swelling may occur. This is because the amount of blood in the mother’s body pumped by the heart grows as the pregnancy develops.

Swelling normally occurs in the legs, because blood pools there easily and cannot necessarily flow back up. Standing and sitting for long periods of time cause pooling of blood and swelling. You can ease the swelling by lifting your feet up and avoiding salty food. Wearing compression stockings can also help.

“You have to drink enough water, even though people often mistakenly think that drinking increases swelling”, Rahkonen says.

Read more about swelling from the Terveyskylän Naistalo website (in Finnish).

If lower limb swelling and pain occurs only in one leg. This means there is a possibility of deep vein thrombosis and it is good to seek a doctor. Similarly, you should see a doctor if the swelling is accompanied by high blood pressure or if the swelling also occurs in the arms and face.

Contractions occur especially towards the end of pregnancy. The number of contractions and the sensations accompanying them are very different for each individual. As many as 90% of women already experience contractions during pregnancy. Just 10 percent experience them only once they go into labour.

“Uterine contractions are normal towards the end of the pregnancy, because they prepare the uterus for delivery”, Leena Rahkonen explains.

“If contractions occur this often, you should discuss the issue when you visit your clinic or call your maternity hospital’s emergency unit for further instructions. Only a small number of women who have premature contractions give birth prematurely, however”, Rahkonen says.

If you are at imminent risk of premature birth, common sensations include feelings of heaviness in the lower abdomen and pelvis, contractions, lower abdomen pains and bloody, watery or mucous discharge. In this case you should contact the maternity hospital’s emergency unit.

Bleeding may occur at any stage of pregnancy. You should always contact the maternity clinic or doctor if it occurs.

Early pregnancy may involve thin bloody discharge as the fertilised egg attaches to the uterine wall. This happens at the time when you have missed a period.

“If the discharge is thin, bloody and mucous when you wipe, there’s no need to be alarmed. You can monitor the situation and wait for the ultrasound screenings in peace”, Rahkonen says.

The first free ultrasound screening provided by municipal healthcare will take place between the 10th and 13th weeks of pregnancy. You should avoid intercourse as long as bleeding occurs. Intercourse can increase the risk of bleeding.

Heavy bloody discharge in early pregnancy can be a sign of miscarriage, and a sign of placental abruption towards the end of the pregnancy.

If the bloody discharge is thin, mucousy and bloody, contact the maternity clinic. If the blood is similar to menstrual bleeding and heavy, contact your doctor.

“You don’t have to be scared of that, it’s normal”, Leena Rahkonen says.

White discharge occurs when the vagina’s mucous membranes and cervical canal secrete fluid and mucus. You can try to reduce the discharge with lactic acid products available from the pharmacy, because sometimes the abundance of discharge is related to changes in the vagina’s acid-base balance.

If the yeast infection is accompanied by symptoms other than the ones listed above, such as a fever or lower abdominal pains.

The fetal membranes can rupture prematurely, which is called premature rupture of membranes, or premature water breaking. The fetal membranes can rupture at any point during the pregnancy. In most cases, the rupture is caused by an infection, which cannot be anticipated in advance. It should be noted that often ordinary white discharge can also be very runny and watery due to pregnancy hormones.

Is the fluid white discharge or amniotic fluid?

“The liquid is more likely to be amniotic fluid if it really flows out and your pants get wet. White discharge can also be runny, but it is a bit more sticky than amniotic fluid”, Rahkonen explains. Towards the end of the pregnancy, the urethral sphincters can also occasionally fail when, for example, straining oneself and even urine can leak into your pants.

Amniotic fluid can also slowly trickle out instead of gushing out all at once, which makes it harder to identify. Often, contractions or a feeling of heaviness in the lower abdomen can accompany the discharge. You should contact the maternity hospital’s emergency unit if this is the case. The rupture of membranes can easily be confirmed with a dipstick test done at the hospital. The dipstick test detects proteins in the amniotic fluid that aren’t otherwise present in the vagina.

When is water breaking a risk?

The fetal membranes can rupture at any stage of pregnancy and the water can break. If the water breaks before the 22nd week of pregnancy, it is referred to as a miscarriage, that is, pregnancy loss. From the 22nd week of pregnancy onwards it is referred to as premature birth if labour is triggered as a consequence of contractions or the water breaking. The fetus is able to survive from the 23rd to 24th weeks of pregnancy onwards, in which case the newborn goes into so-called active treatment. In active treatment, every possible effort is made to save the child. There are major health risks involved with premature birth.

Read more about premature water breaking on the Terveyskylän Naistalo website (in Finnish).

In Finland, 5–6% of children are born prematurely (THL Birth Register).

Symptoms of imminent premature birth are painful contractions that come less than 10 minutes apart, mucousy, bloody discharge or trickling of the amniotic fluid. Irregular, weak contractions are part of normal pregnancy. Other symptoms of imminent premature birth can include lower abdominal or lower back pains and a feeling of heaviness in the pelvis.

You cannot anticipate or completely prevent yourself from getting an infection. However, good hygiene and healthy lifestyle habits can help you avoid getting one. The reason why bacteria cause some women to get an infection but not others is unknown. However, you shouldn’t wash your nether regions with antibacterial soaps or antibiotic treatments that reduce bacteria.

“The vagina is meant to have bacteria and they’re not all harmful, instead they’re vital and protect us”, Rahkonen says.

Read more about premature birth on the Terveyskylän Naistalo website (in Finnish).

The maternity clinic states that the baby’s earliest movements can be felt during the 18th to 24th weeks of pregnancy. At that point they are still just very small touches. After the 30th week of pregnancy you should monitor the movements daily.

Each baby has their own movement rhythm, which the mother learns to know. Normally, a baby moves 3–50 times per hour and has 20–40 minute periods of rest when it sleeps.

“A baby moves in different ways at different times of the day. Often when the mother is moving about and speaking the baby is enjoying itself, but when the mother stops and begins to rest, the baby wakes up and starts to give signals of itself”, Rahkonen says.

Rahkonen reminds us that each baby moves very differently, but monitoring their movements is important.

Read more about monitoring the baby’s movements on the Terveyskylän Naistalo website (in Finnish).

How do you count the baby’s movements?

Lie down on your side daily and write down the movements you notice during an hour. You should feel at least 10 movements during the hour. All clearly distinct motions can be counted as movements, but not hiccups, however. 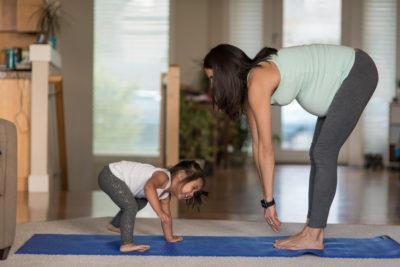 How to monitor your body during pregnancy 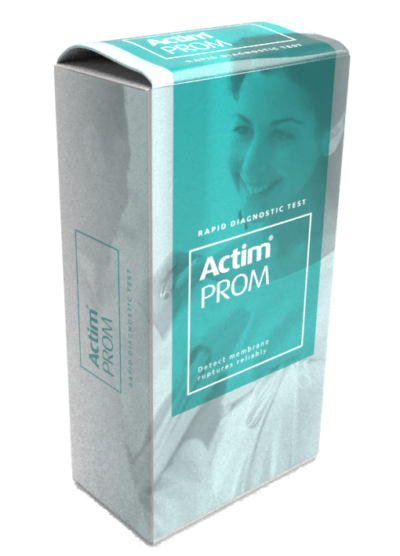 Premature water breaking can easily be detected with a rapid test.

What everyone should know about contractions

Contractions are part of pregnancy, but they can cause confusion and concern. What exactly are contractions, and how do you know if labour is approaching?